History of the Beccaria Medal

History of the Beccaria Medal

The “Beccaria Medals” and the International Society for Social Defense

By Mario Pisani Professor at the University of Milan

Do the listeners, and the readers, of tomorrow wonder why, some years ago, the Social Defense Society set out to promote the initiative to award a medal named after the great Cesare Beccaria. The answer to such a question can, in fact, be divided into two parts, starting by asking ourselves how and why, the entity promoting the initiative – and therefore the social defense movement itself for a humanistic criminal policy – ​​understood that this was traceable to the name and the great teachings of Beccaria. Such an answer was already given, at the time, by Marc Ancel. And so, on the occasion of the international Congress with which, on 1989, was commemorated in Milan by the National Center for Prevention and Social Defense the 250 anniversary of the birth of the great enlightened lombard, ancel wrote: “For the purpose of excluding iniquity and barbarism from the penal system, and in the task of taking charge of guaranteeing, at once, its actual effectiveness (Beccaria) it is proposed, for that reason, adapt to social conditions, economic and cultural aspects of the society in which it was to be applied, or the society that was intended to be sought within the great movement of the age of enlightenment. also this way, especially this way, Beccaria lays the foundations for the intellectual and moral path that, passing through classical criminal law, will lead to the development of a humanistic criminal policy. It is in the name of it, and to this exact extent, full of nuances and intertwined issues, that the current followers of Social Defense can, with all due acknowledgment, see in him an undoubted precursor”.

There is then a second part of the initial question that deserves an answer: namely, how and why it arose in the approaches of the "Societé" that the memory of Beccaria materialize in a specific commemorative medal, year after year. In this respect the answer is simpler and, To some extent, reserved, because it leads us to the story of our own internal chronicles. And so, on the occasion of the Board of Directors of Toledo on November 1, 2003, the new elected president, Zapatero Creek (p.4 of the minutes) He addressed a member of the Council asking him to think “of a concrete sign of recognition by the SiDS towards those who have earned particular merits in the course of their activity in defense of a humanist criminal policy (a medal, for example)”. And the medal was made immediately, gold for its highly symbolic value, after the generous gesture of the Milan City Council, who put at our disposal the model minted a few years earlier on the occasion of the 250 anniversary before noted.

The awarding of the Beccaria medal began after, from December 2004, after a deliberation in favor of the honorary President of the Societé, M.me Simone Rozés, already president of the French Court of Cassation, and, successively, in favor of Hans Henrich Jescheck and Giuliano Vassalli. But for organizational reasons, the award ceremony for M.me Rozés had to be delayed for some time., until finally taking place on the occasion of the meeting organized by ISPAC, in Courmayeur, in December of 2005. To present, in form of eulogy, the “motivation” for awarding the medal, President Arroyo Zapatero highlighted “…it would suffice to say that Simone Rozès was our President for many years and that she represented great way the ideas of our founders, our renewed minimal program, and ourselves”. And so the first award ceremony had as its protagonist, and recipient, al prof. Check, on the occasion of the celebration of his 90 birthday, which took place in Freiburg on 10 of January of 2005. By delegation of the President of the Society delivery was made by Klaus Tiedemann, which thus synthesized the characteristics of the scientific career of the great German master: “essential contribution to the development of penal science, especially through the inclusion of guarantees of the rule of law and comparative law; humanist orientation of criminal policy (…); emphasis on social aspects of the criminal law system”.

had a place afterwards, in Milan, the 18 march 2005, the delivery of the medal to Giuliano Vassalli, already president of the Italian Constitutional Court and Minister of Justice. The themes of the introductory "speech" by President Zapatero would also be taken up in the "allocution" of the author of these words, to celebrate scientific excellence, and not only, of the great Roman jurist: “an example prodigious devotion to penal studies and multifaceted creative fervor”.

On the occasion of the XV International Congress of the Society (Toledo, september 2007), a “Medalla Beccaria” was awarded for the fourth time. On this occasion, honors were paid to the figure and work of Juan Guzmán Tapia, already magistrate of the Court of Appeal of Santiago de Chile, became emeritus in the process of transition to democracy in that country6. In his acceptance speech, J.. Guzmán remembered for the rest: “…Before there was talk of Human Rights, Cesare Bonesana, Marquis of Beccaria, lights the luminous torch of humanity as a precursor of these principles and these rights that two hundred years later are contained in the Treaties, International Conventions and in the Constitutions of the most advanced nations”.

The "privileged circle” – this is how Tiedemann described it at the time – of the winners of our prestigious “medal” has been expanding, also beyond Europe. And now is the time, in Madrid, of two other great figures of jurists of our time, of diverse origin and nationality, and of different vocation and scientific merits: Mireille Delmas Marty and M. Cherif Bassiouni. But with respect to both, the eulogies what, respectively, correspond to them, with all admiration and gratitude. and those who join, from near or from a distance, the warmest congratulations from all of us. 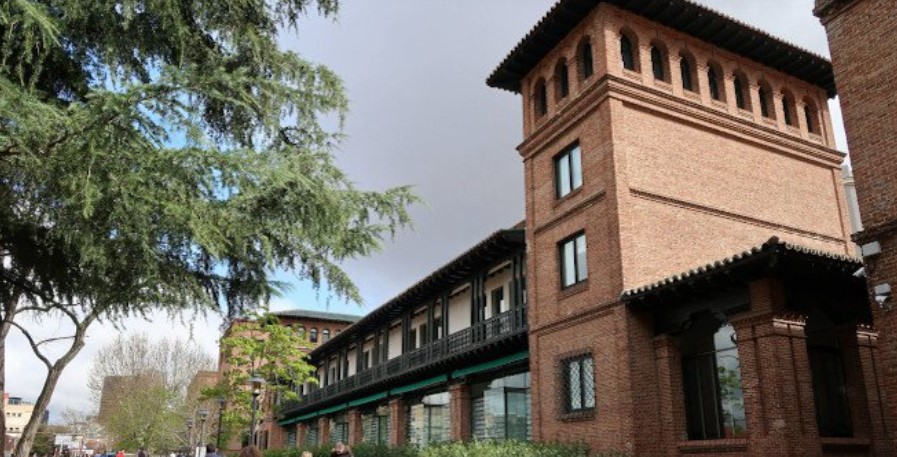